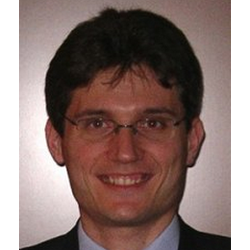 Paolo Martelli received the Laurea degree (summa cum laude) in Electronics Engineering and the Ph.D. degree in Information Engineering from Politecnico di Milano, in 1998 and 2005, respectively. He was a researcher at CoreCom (Consorzio Ricerche Elaborazione e Commutazione Ottica Milano), a consortium between Politecnico di Milano and Pirelli Cavi e Sistemi, from 1998 to 2008. He has been an Assistant Professor at the Department of Electronics Information and Bioengineering (DEIB) of Politecnico di Milano since 2011. His research interests are in the field of optical communications. In particular, he is involved in studying and experimenting the optical transmission in both free-space and multimode fibers, based on the multiplexing/demultiplexing of the orbital angular momentum of the light.