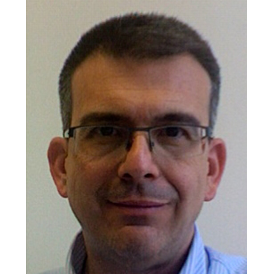 Pierpaolo Boffi was born in 1966. In 1991 he received his Master of Science Degree in Electronic Engineering from Politecnico di Milano, Milan and in 1996 the Ph.D. degree in Electronic and Communication Engineering from the same Politecnico. From 1995 to 2005 he worked as researcher with CoreCom (Consortium for Research in Optical Processing and Switching Milan), a research center between Politecnico di Milano and Pirelli Cables and Systems, where in 1999 he became in charge of research activities in “Optical Systems” Area. From 2005 to 2008, year of consortium closure, he remained Scientific Assistant. During 1997 he was visiting researcher at the Department of Electrical Engineering of the California Institute of Technology, Pasadena – California (USA). From 2005 to 2015 he was Assistant Professor and since 2015 he has been Associate Professor at Politecnico di Milano, Department of Electronics, Information and Bioengineering.  Since 2007 he has been Steering Committee Member of the Specialist Group of Photonics and Electrooptics of AICT (Italian Association for the Information and Communication Technology). Since 2014 he has been Managing Board Member of AICT, where he was elected Coordinator of the Specialist Group of Photonics and Electrooptics (FEO). Since 2007 he has been in the Executive Committee of the National Conference FOTONICA – National Conference on Photonic Techniques in Telecommunications. Presently, he is member of the Editorial Board of the journal “Photonic Network Communications“ (Springer). He is Technical Program Committee Member of IEEE ICC ONS and IEEE GlobeCom ONSS. He is author of more than 150 publications on international journals and conference proceedings and of 16 international patents in the field of optical systems and devices. He is Editor of the book “InfraRed holography for optical communication: technique, materials and devices” published on “Topics in Applied Physics” series (Springer-Verlag Ed.) in 2002. He is reviewer for the main journals in the field of photonics and optical communications. His research activities has been always focused on innovative topics in the field of optical communications. In the first years, his activity was oriented to the study of alternative system solutions providing the increasing penetration of photonics in next-generation networks, not only for signal propagation, but also for all the “switching fabric” functionalities, such as signal processing, routing, recognition and storage. In the next years his research interests moved to the transmission issues in the modern optical communication systems at very high capacity, for applications both in the long-haul transport network and in the metro-regional and access networks. His recent research interest includes the study of the capabilities of mode-division multiplexing in fiber and advanced modulation techniques to increase the transported capacity in telecommunication networks and in data communications. He participated and is still participating to National and International Projects, funded through competitive calls with peer review and he is Technical Leader of research activites financially supported by many private companies. Since 2003/2004 Academic Year Pierpaolo Boffi has been teacher for Politecnico di Milano of several courses, inserted in the Bachelor of Science in Telecommunications Engineering and in the Master of Science in Telecommunications Engineering, such as: “Optical transmission technologies”, “Fundamentals of optical communications”, “Electromagnetic waves and Optics – Mod. 2 Optics”, “Fundamentals of signals and transmission”, “Fundamentals of Telecommunications”.